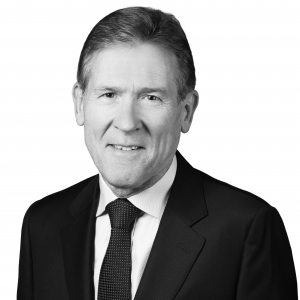 Ivan is one of Ireland’s most experienced insurance and litigation lawyers.

He qualified as a Solicitor in 1974 and initially worked for the Chief State Solicitors Office. He later joined Good & Murray Smith where he became a partner in 1983. Ivan has over 40 years’ experience as a litigator with a particular focus on defending claims on the instructions of insurers and self-insured entities.

His depth of experience is well recognised in the Insurance sector and he has acted for the majority of insurers operating in the Irish market and for many Lloyds Syndicates and other UK insurers. He also acts directly for self-insured organisations, local authorities and other public bodies. Ivan’s practice has a broad range and he handles a wide variety of claims concerning professional indemnity, public liability, product liability and employer’s liability. He also advises and represents clients who are charged with offences pursuant to Health and Safety legislation. Ivan’s experience of the interpretation and application of insurance policies is extensive and he regularly advises in that context.

Ivan has served as a member of the Law Society’s Litigation Committee and also on a Committee appointed by the Attorney General which investigated and advised on a Claims Handling System for the State.